Gianni Bruschi is one of the founding members and one of the artistic directors of Spazio Seme – International Artistic Center in Arezzo. There he teaches theatre, voice, and expressive movement. He has a degree in Italian Literature and History of Theatre from the University of Siena. He was awarded the status of “Expert of Education” in a professional profile of the Tuscany Region and European Community. He is Professional Counselor at the Institute of Psychosynthesis of Roberto Assagioli in Florence.

He studied Belcanto and Opera with Slavka Taskova Paoletti, with whom he collaborated at the Fondazione Guido d’Arezzo for the Polifonico Internazionale (Guidoneum Festival). As a Spazio Seme manager is also member of OIDA (Orchestra In-Stabile di Arezzo). A singer and an actor, he attended training courses with many Italian and foreign artists like Giulia Lazzarini (Piccolo Teatro Milano), Ariane Mnouchkine (ARTA, Paris), Kaya Anderson (Centre Artistique International Roy Hart), and worked with Loriano della Rocca (performer Cricot 2 of Tadeusz Kantor), Han Arai (Han Mime Kobo, Tokyo), Sergio Pisapia Fiore (CNT – Centro Nazionale Teatrale). He held concerts in festivals around Italy and various Mediterranean countries such as France, Egypt, Morocco, Albania, Greece, Tunisia where he also directed artistic workshops and intercultural courses. Besides working in the production of concerts and touring around Italy and abroad, he directs music ensemble and shows. His teaching work on voice, theatre, and dance is related, in particular, to the symbols and practices of the ancient Italian and Mediterranean culture. In 2004 he directed “Daqqua et Tarantelle au service de l’exchange culturel” in Morocco, with the support of the European Community. He performed, managed and taught in Tunisia from 2003 to 2007 (Festivals de Eljem), Spain, United States and India. Since 2006 he is a teacher at the Accademia dell’Arte, European Theatre Vocal and Dance. In 2010, working as Artistic Director of the Spring Dance program at the ADA, he led some important stagecraft workshops at the University of Boston (Boston, US), at the Muhlenberg College (Philadelphia, US) and at the Goucher College (Baltimore, US). In 2017 he was invited to the Festival International de Musique Shynphonique, since 1985 in the Great Roman Amphitheatre of Eljem in Tunisia, to sing with the Orchestre Synphonique Tunisien directed by Hafed Makni. 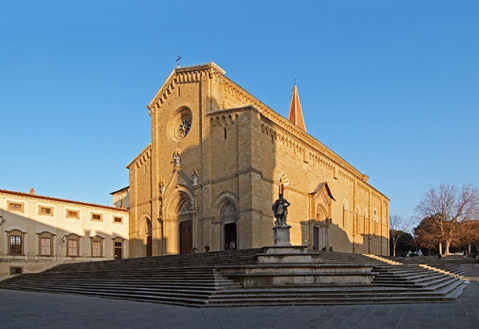