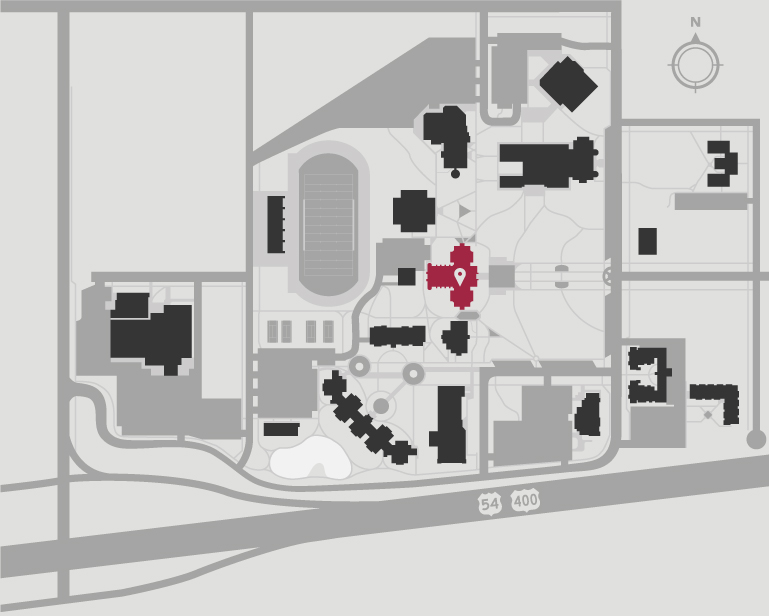 When it was built in 1886-88, the structure now known as the Davis Administration Building held more floor space under one roof than any other educational facility west of the Mississippi. The building was originally constructed as Garfield University and was named University Hall. After Garfield University closed, the building was empty for five years until James M. Davis, a wealthy Quaker businessman, bought the building and donated it to the Society of Friends (Quakers). The building’s name was changed to the Davis Administration Building in 1923 in honor of Mr. Davis and wife Anna.

The Richardson Romanesque-style building designed by noted architects Proudfoot and Bird serves as a Wichita landmark and the center of Friends University’s picturesque campus. The building was added to the National Register of Historic Places in 1976. Alumni Auditorium is located in the west wing of the third floor. The auditorium can seat approximately 680 people and features the stained-glassed Rose Window on the west wall and 20 other stained-glass windows. The auditorium was restored in the early 1990s and is used weekly during the traditional academic year for faith and learning as well as for performances, lectures, meetings and the occasional wedding.

In recent years, the Davis building has undergone a $10 million restoration to preserve the building so it may continue to serve students and the Wichita community into the 21st century.

• The Davis building is 77,474 square feet and measures 232 feet in length, 150 feet in width and approximately 100 feet in height.
• The building was constructed in brick with stone trim. It was built without steel and has no insulation.
• The clock tower is 148 feet high.
• The clock was purchased for $1,800 in 1931 from E. Howard and Co. of Boston as a class gift.
• The clock faces are 10 feet high. The pendulum is 9 feet long and is made of selected cherry wood. It is designed to swing 40 times in a minute and features a “dead-beat” type of escapement. However, because the pendulum is made of wood, it becomes slightly heavier during humid weather and slows down; during dry weather it becomes lighter and speeds up.
• The stained-glass Rose Window in Alumni Auditorium is 14.5 feet in diameter.
• The slate roof weighs 350,000 pounds and is covered by 350 squares of slate.
• Stained glass tops the windows on the second and third floors on the east side of the building only.

Below are a few photos from the Davis building clock tower. 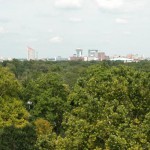 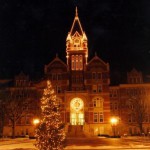 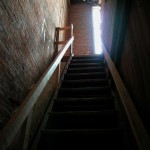 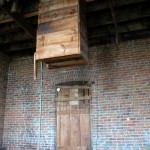 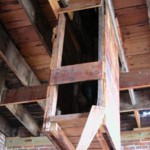 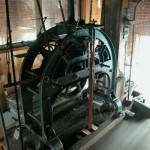 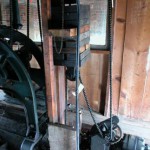 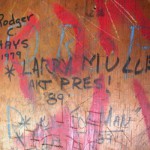 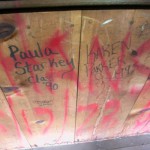 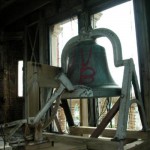 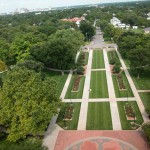 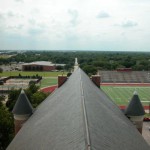